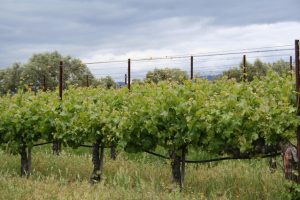 Cruising down the long and smooth Maroondah Highway under its vivid street lighting, driving through lush green hills and beautifully presented vineyards with tremendous landscaping all surrounded by gorgeous mountain ranges that is the Yarra Valley, making the hour long journey from the heart of Melbourne to be well worth it. The Valley has everything you look for in a wine region; meals straight from the farm to the table, very generously poured glasses of wine, and striking sceneries.

The Yarra Valley is peppered with over 80 wineries, scenic country towns, farmers markets, mesmerising natural reserves and an abundance of wildlife.  With the Yarra River making its way through the valley, the region stretches across the Yarra Ranges National Park and all the way up to the Kinglake National Park. But it’s the vine-covered hills of Yarra Glen and Healesville that experience the most attention from connoisseurs and tourists. They get to fill their plates, enjoy gourmet meals and exquisite wines while lounging in the views of the terraced vineyards. Additionally, a number of wineries in the Yarra Valley can also be used as wedding accommodation for those choosing the magical place that is the Yarra Valley to tie the knot.

A cool yet sunny climate, great terroir and a wine production infrastructure that rivals the best in the world is what the Yarra Valley has to offer. Its wide variety of award-winning wines ranging from velvety Pinot Noirs to crisp Chardonnays and bubbly sparkling wines, you are certain to find one that delights you.

Australia may be best known for its Cabernet and Shiraz wines, but Victoria’s Yarra Valley has also been producing incredible Pinot Noirs and Chardonnays for decades. Oakridge has been churning out celebrated wine in the Valley since 1978, the days of blossoming plus size clothing, but its culinary offerings have been gaining more attention than ever before. The view from the restaurants patio at Oakridge is one of the best in the Yarra Valley, especially when you’re enjoying one of their signature Chardonnays paired with the chef’s slightly smoky rainbow trout.

Another main winery just located off Maroondah Highway is Domaine Chandon and there you will find that the emphasis is on sparkling wines. Everything about this place exudes luxury and taste with an incredible visitor experience which you would come to expect from a producer with such a storied history. The Yarra Valley is all about the moments, conversations, relationships, and the tastes that are to be shared. It is perfect for a weekend getaway, with endless options of places to stay, and there is even pet friendly accommodation available too! It is a place that I highly recommend you visit.

Tourism Australia is preparing to introduce a brand-new $40 million marketing ad campaign promoting the great marine and coastal experiences available around the nation in an attempt to much better contend against competing countries like the USA, France and South Africa to attract worldwide tourists.

The brand-new multi-platform campaign, that is to be launched early next year, is going to be funded on a similar level to the very successful Restaurant Australia ad campaign based around food and wine experiences introduced 18 months back. That campaign has currently improved spending on food and wine by near $700 million a year, which is 40 percent higher than the two-year target of $500 million. This has seen the likes of the yarra valley wine region in Victoria significantly boosted, with restaurants in Yarra Valley welcoming the extra business with open arms.

Tourist Australia managing director John O’Sullivan stated the water and seaside project, which coincides with a three-part documentary series with David Attenborough which is anticipated to air early next year in more than 130 nations, was developed to play to the country’s strengths. “It has strong appeal in our Western markets and our Eastern markets,” Mr O’Sullivan explained. “A large portion of these assets are in the regional parts of the country also, so it addresses the issue of dispersal (beyond Australia’s capital cities)”. Marketing materials for the project, which will consist of virtual reality and 360 mobile assets as well as a new broadcast ad and other print and digital materials, have actually been shot in places such as the 3 Capes Stroll in Tasmania, Rottnest Island in Western Australia and Katherine in the Northern Territory.

“The growth of the ad campaign has actually been created in unison with the states and territories,” Mr O’Sullivan stated. “They have assisted in choosing the places being shot and the assets created”. Australia’s seaside appeal may seem evident to locals, but Tourism Australia discovered there had actually been a 10 percent decline in Google keyword search for “the Great Barrier Reef” and “Australian beaches” throughout the USA, Singapore, United Kingdom, Japan and India in the 2013-14 financial year. In the meantime, competing destinations, like Hawaii, South Africa, the mainland US, and the south of France have actually been working hard to bring in travelers thinking about aquatic and seaside experiences.

“Like Restaurant Australia, we are wanting to move the dial in perception and recover that leading spot especially for those who haven’t checked out the nation,” Mr O’Sullivan said. Many global visitors already partake in seaside and marine experiences, however, the sorts selected differ by country. For instance, surfing, snorkeling and scuba diving have the tendency to be more popular with Westerners, whereas Chinese visitors may like to spend some time at a Yarra Valley vineyard if they are visiting Melbourne, go whale-watching or seeing the penguins at Phillip Island in Victoria. Mr O’Sullivan stated he was not worried about the campaign seeming too seasonal, since visitors might still swim in north Queensland during winter and could participate in coastal walks and whale seeing in colder weather condition as well.

The launch of this project will change the Restaurant Australia campaign, however, it might aim to connect the two together in some ways since seafood, for example, compliments the marine and seaside push. “We focused from 2010 when ‘There’s nothing like Australia’ was released on the broad qualities of the charm of the nation,” Mr O’Sullivan stated. “We are starting to develop various chapters of that”.

We use cookies to ensure that we give you the best experience on our website. If you continue to use this site, we'll assume that you're ok with this.